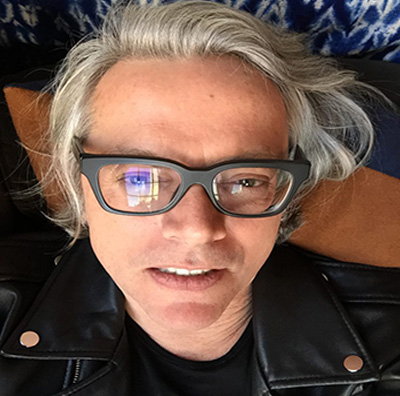 Axis Mundi is a leading contemporary architecture and interior design firm, specializing in the design of highly personalized residential, retail and cultural projects. The studio’s ethos draws from the infinitely rich vocabulary of design and material culture. The firm balances theory and practice, incorporating concepts and technologies that transform that language into new forms of expression relevant to today. Axis Mundi’s projects consistently stimulate both the intellect and the senses. They embody wit, urbanity and sophistication while offering a highly crafted sense of place. John Beckmann and his retinue of shapeshifting insurgents know that being provocateurs and challenging assumptions is what catalyzes new ways of thinking. And new ways of thinking are what lead to the freeform experimentation and fresh perspectives that result in design innovation. Axis Mundi was launched by John Beckmann in 2004. He studied architecture, interior and industrial design, and received a Bachelor of Fine Arts in Environmental Design from Parsons School of Design. During his studies, he apprenticed with master minimalist Joseph P. D’Urso and, after graduating, collaborated with various other design luminaries. Throughout his career he has honed an astute understanding of the intersections between architecture, design and contemporary art. Beckmann’s honors include a grant from the Graham Foundation for Advanced Studies in the Fine Arts (1998) and a McDowell Colony Fellowship (2010). He both edited and contributed to The Virtual Dimension: Architecture, Representation and Crash Culture (Princeton Architectural Press, 1998), one of the first books to grasp the implications of digital technologies on the fields of architecture and design. Beckmann has also been a visiting critic at Yale School of Architecture, Pratt Institute and Parsons the New School for Design, and he has been a featured guest on Bloomberg TV, NBC’s Open House, and nominated two times for HGTV’s Designer of the Year. His highly anticipated anti-monograph — AXIS MUNDI Inconsistent Consistencies: I Wish I Could Talk in Technicolor, is forthcoming from Black Dog Press, London, 2021