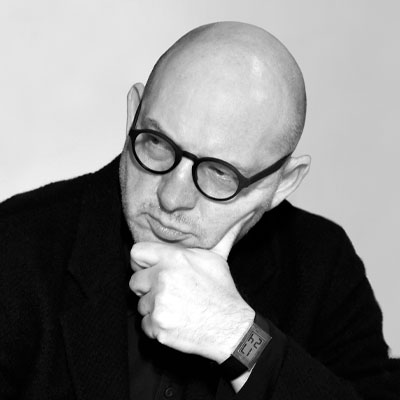 Despite his distinguished position in the architectural world, Claudio Silvestrin prefers to keep a low profile, avoiding the showiness preferred by many at the top of his profession. The same might be said about his projects which, rather than indulging in the spectacular and hyper-ornate, are understated affairs, serene and meditative. In his own words: “Architecture of contemplation and for our inner self – it is most of all for our soul.”
Highly creative, Claudio Silvestrin was born in 1954, studied under A.G. Fronzoni in Milan and at the Architectural Association in London. His interest in philosophy, his vision, his integrity, clarity of mind, inventiveness and concern for details are reflected in his distinctive architecture: austere but not extreme, contemporary yet timeless, calming but not ascetic, strong but not intimidating, elegant but not ostentatious, simple but not soulless.
Claudio Silvestrin has extensive experience as a visiting professor. In 2013 he was appointed Walton Critic and tutored at the Catholic University of America, in Washington DC.
Claudio Silvestrin is a man of vision, the vast as well as the minute. Creativity is never delegated, his artistic supervision is total. Claudio Silvestrin is not a mere creative: what he creates in his designs, in turn, creates. He stands for difference rather than uniformity, quality rather than quantity, fewer projects rather than many. He is not a business man nor a PR man. He cares, advises, invents, teaches; he inspires. Claudio Silvestrin’s golden touch always adds value to his clients’ projects.
“I do not get out of bed unless I am going to create something exceptionally beautiful.”