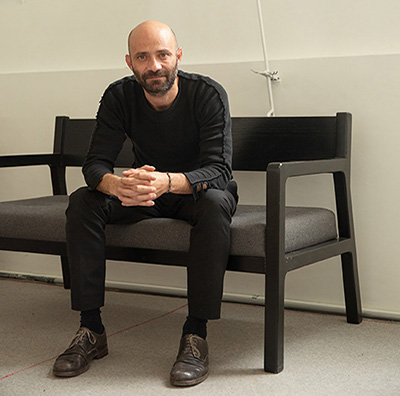 Architect with a Master’s Degree in architecture from Columbia University in New York. He was awarded with the young creators scholarship in 2001 and is a member of the Mexican National Creators System since 2010 by the Arts and Culture Ministry. In 2016, he founded Francisco Pardo Arquitecto practice in Mexico City. Formerly, in 2000, he founded with Julio Amezcua AT103, an architectural firm where they developed projects ondifferent scales and received several awards. In 2008, the Ave Fenix Fire station earned them a silver medal in the Mexican Architecture Biennial and the first place in the Best Institutional Building category at the International Design Festival. In 2009, Pardo was awarded the title, “Emerging Voices” by the Architectural League of New York. In 2011, he won the 1st prize in the competition by invitation for the renovation of “Palacio de Lecumberri” a former prison that currently hosts the General Archive of the Nation. Pardo also received the 1st Price in Milan’s 2014 ArchMarathon for Havre 69 and in 2017 for Milán44.Francisco Pardo has redirected his efforts toward more local and more social architecture, understanding this discipline as a tool for social development of his country and the world.