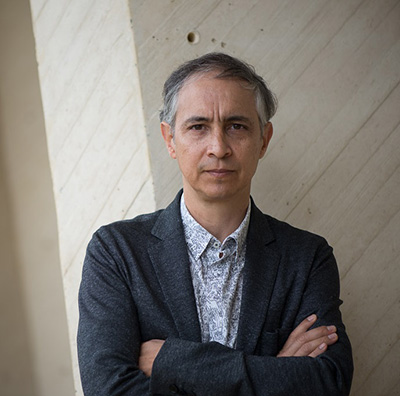 Daniel Bonilla is an architect with bachelor degree from Los Andes University (Bogotá, 1986), Master degree in Urban Design from Oxford Brookes University (Oxford, 1990) and further complementary studies at the College of Technology in Dublin and Milan Polytechnic. After a thorough professional experience in 1997 establishes in partnership with Marcela Albornoz an architecture and urban design studio “tab” (acronym for Bogota ́s architectural workshop), where several projects from fields such as architecture, urban and industrialdesign, have been developed since.Daniel Bonilla actively participates as an academic, lecturing at several local and international universities. His work has been selected and awarded in biennials and international awards, and it has also been widely published in specialized media.