ARCHMARATHON 2020 is an event dedicated to the world of design that focuses attention on Architecture and Interior Design in Canada, North, Central, South America and Caribbean.
In 2020 the objective is to identify a selection of 50 works in this geographic region that make people think about the most important relationship in architecture and interior design.

50 Design Studios from Canada, North, Central, South America and Caribbean will be selected by an international jury on the basis of the excellence of their projects subdivided into macro-categories, through a complex selection process that began in May 2019.
The 50 studios will be invited to Miami to present the project for which they have been selected in front of the Jury and a large audience of architects, interior designers and developers from Florida.
At the end of the three days, awards will be presented to the winners from each macro-category and also to an overall winner. The Award ceremony is scheduled for Saturday 29th February during the gala dinner.

In recent months, the Main Jury has selected the 50 candidate projects from a total of over 300 spontaneous applications, which have come through the Open Call concluded last June 30th. From 27th to 29th February 2020 the Main Jury will also have the task to participate in the speech assessment during the Archmarathon Awards 2020 and to declare the winners.
The Jury is composed by: 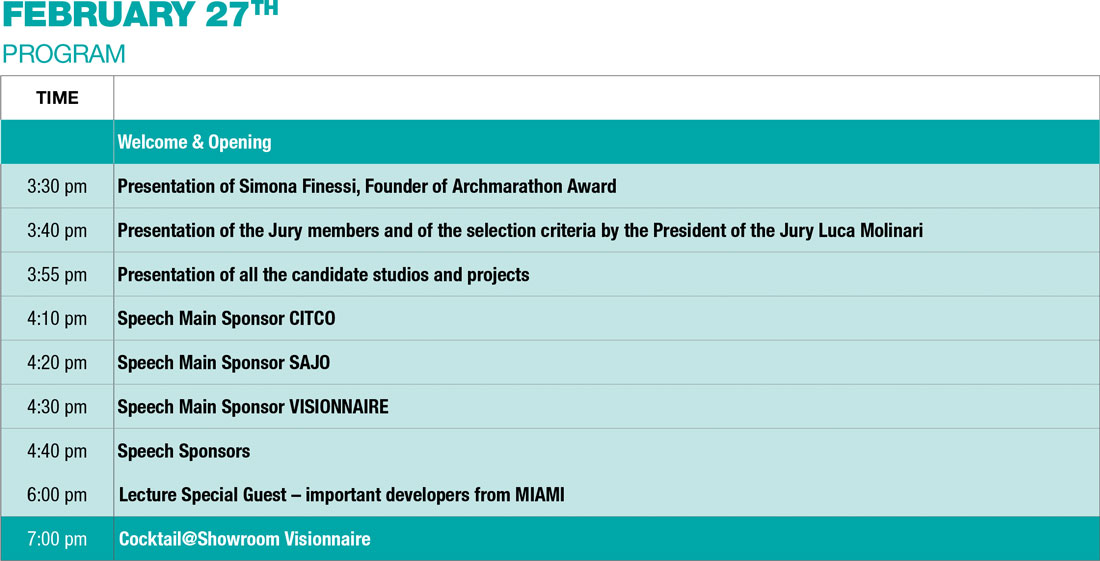 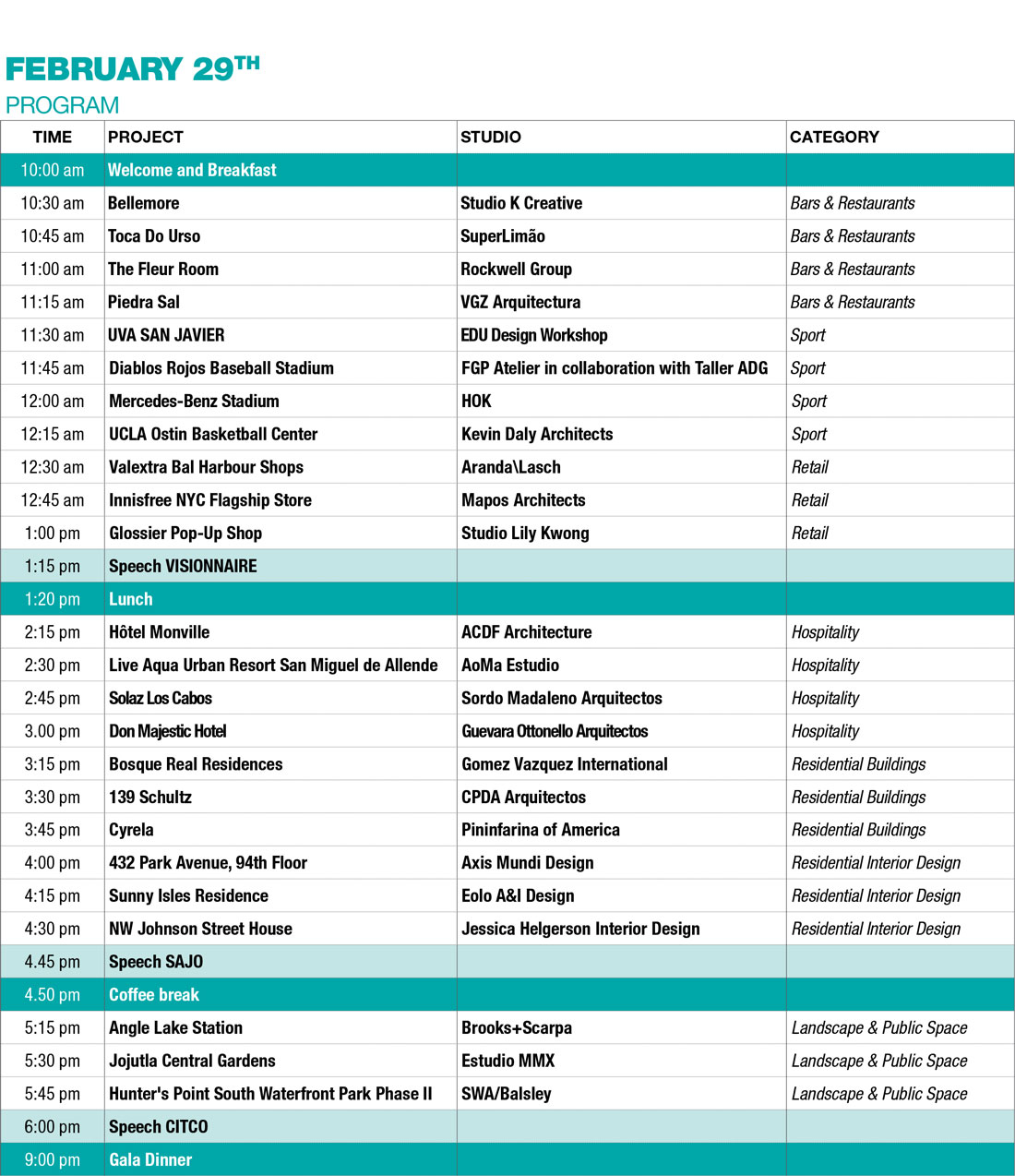